This time we met in Warwickshire in Morton Morrell acriculture college 2-4.9.2011
It was much more easier this time, because we knew what to expect and we knew all the people from our group.
Although the place was not so easy to travel to: I game with Marika on thursday to London via Riga.
We flew with Air Baltic. We spent one night in London in B & B acommodation near Marylebone station, from where we took a train to Leamington Spa. Anja joined us in Marylebone station and we all three travelled from there to college, first by train and then we took a taxi to college (it was only about 7 miles from the station). 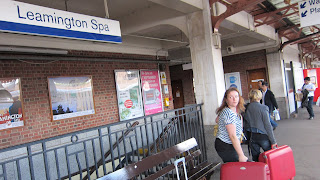